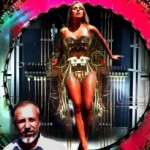 active 4 years, 8 months ago
Antony Valentini wrote: “First and foremost, as I said in my answer to Question 1, before I studied de Broglie-Bohm theory properly, I was very puzzled by why we can’t use quantum nonlocality for signalling. It was as if there was some sort of conspiracy at work in the laws of physics. To explain this, I had drawn the conclusion that we were s […] View