The Born-Oppenheimer approximation, used to predict atomic motions in quantum mechanics, leads to well-known inconsistencies caused by neglecting the effect of electron motion induced by nuclear evolution. A new theoretical paradigm resolves this problem, paving the way for high-precision predictions of vibrational frequencies of complex molecules. 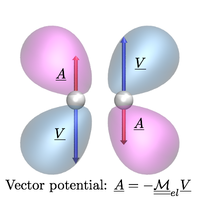 One of the most striking features of quantum theory is the existence of entangled states, responsible for Einstein’s so called “spooky action at a distance.” These states emerge from the mathematical formalism of quantum theory, but to date we do not have a clear idea of the physical principles that…
[Phys. Rev. Lett. 119, 080503] Published Thu Aug 24, 2017

Fraser, James (2017) The Real Problem with Perturbative Quantum Field Theory. British Journal for the Philosophy of Science.
Saudek, Daniel (2017) Beyond A-Theory and the Block Universe: A non-circular derivation of “before”, change, and local asymmetric time. [Preprint]

Quantum information science and quantum information technology have seen a virtual explosion world-wide. It is all based on the observation that fundamental quantum phenomena on the individual particle or system-level lead to completely novel ways of encoding, processing and transmitting information. Quantum mechanics, a child of the first third of the 20th century, has found numerous realizations and technical applications, much more than was thought at the beginning. Decades later, it became possible to do experiments with individual quantum particles and quantum systems. This was due to technological progress, and for light in particular, the development of the laser. Hitherto, nearly all experiments and also nearly all realizations in the fields have been performed with qubits, which are two-level quantum systems. We suggest that this limitation is again mainly a technological one, because it is very difficult to create, manipulate and measure more complex quantum systems. Here, we provide a specific overview of some recent developments with higher-dimensional quantum systems. We mainly focus on Orbital Angular Momentum (OAM) states of photons and possible applications in quantum information protocols. Such states form discrete higher-dimensional quantum systems, also called qudits. Specifically, we will first address the question what kind of new fundamental properties exist and the quantum information applications which are opened up by such novel systems. Then we give an overview of recent developments in the field by discussing several notable experiments over the past 2-3 years. Finally, we conclude with several important open questions which will be interesting for investigations in the future.

According to quantum mechanics, the informational content of isolated systems does not change in time. However, subadditivity of entropy seems to describe an excess of information when we look at single parts of a composite systems and their correlations. Moreover, the balance between the entropic contributions coming from the various parts is not conserved under unitary transformations. Reasoning on the basic concept of quantum mechanics, we find that in such a picture an important term has been overlooked: the intrinsic quantum information encoded in the coherence of pure states. To fill this gap we are led to define a quantity, that we call coherent entropy, which is necessary to account for the “missing” information and for re-establishing its conservation. Interestingly, the coherent entropy is found to be equal to the information conveyed in the future by quantum states. The perspective outlined in this paper may be of some inspiration in several fields, from foundations of quantum mechanics to black-hole physics.

We analyze Vaidman’s three-path interferometer with weak path marking [L. Vaidman, Phys. Rev. A 87, 052104 (2013)] and find that common sense yields correct statements about the particle’s path through the interferometer. This disagrees with the original claim that the particles have discontinuous t…
[Phys. Rev. A 96, 022126] Published Mon Aug 21, 2017

In recent work, we introduced Picard-Lefschetz theory as a tool for defining the Lorentzian path integral for quantum gravity in a systematic semiclassical expansion. This formulation avoids several pitfalls occurring in the Euclidean approach. Our method provides, in particular, a more precise formulation of the Hartle-Hawking no boundary proposal, as a sum over real Lorentzian four-geometries interpolating between an initial three-geometry of zero size, {\it i.e}, a point, and a final three-geometry. With this definition, we calculated the no boundary amplitude for a closed universe with a cosmological constant, assuming cosmological symmetry for the background and including linear perturbations. We found the opposite semiclassical exponent to that obtained by Hartle and Hawking for the creation of a de Sitter spacetime “from nothing”. Furthermore, we found the linearized perturbations to be governed by an {\it inverse} Gaussian distribution, meaning they are unsuppressed and out of control. Recently, Diaz Dorronsoro {\it et al.} followed our methods but attempted to rescue the no boundary proposal by integrating the lapse over a different, intrinsically complex contour. Here, we show that, in addition to the desired Hartle-Hawking saddle point contribution, their contour yields extra, non-perturbative corrections which again render the perturbations unsuppressed. We prove there is {\it no} choice of complex contour for the lapse which avoids this problem. We extend our discussion to include backreaction in the leading semiclassical approximation, fully nonlinearly for the lowest tensor harmonic and to second order for all higher modes. Implications for quantum de Sitter spacetime and for cosmic inflation are briefly discussed.